Should you need information regarding board meetings or the Board of Directors, please email Justine Hendricksen, District Clerk, or call at (909) 885-4900. 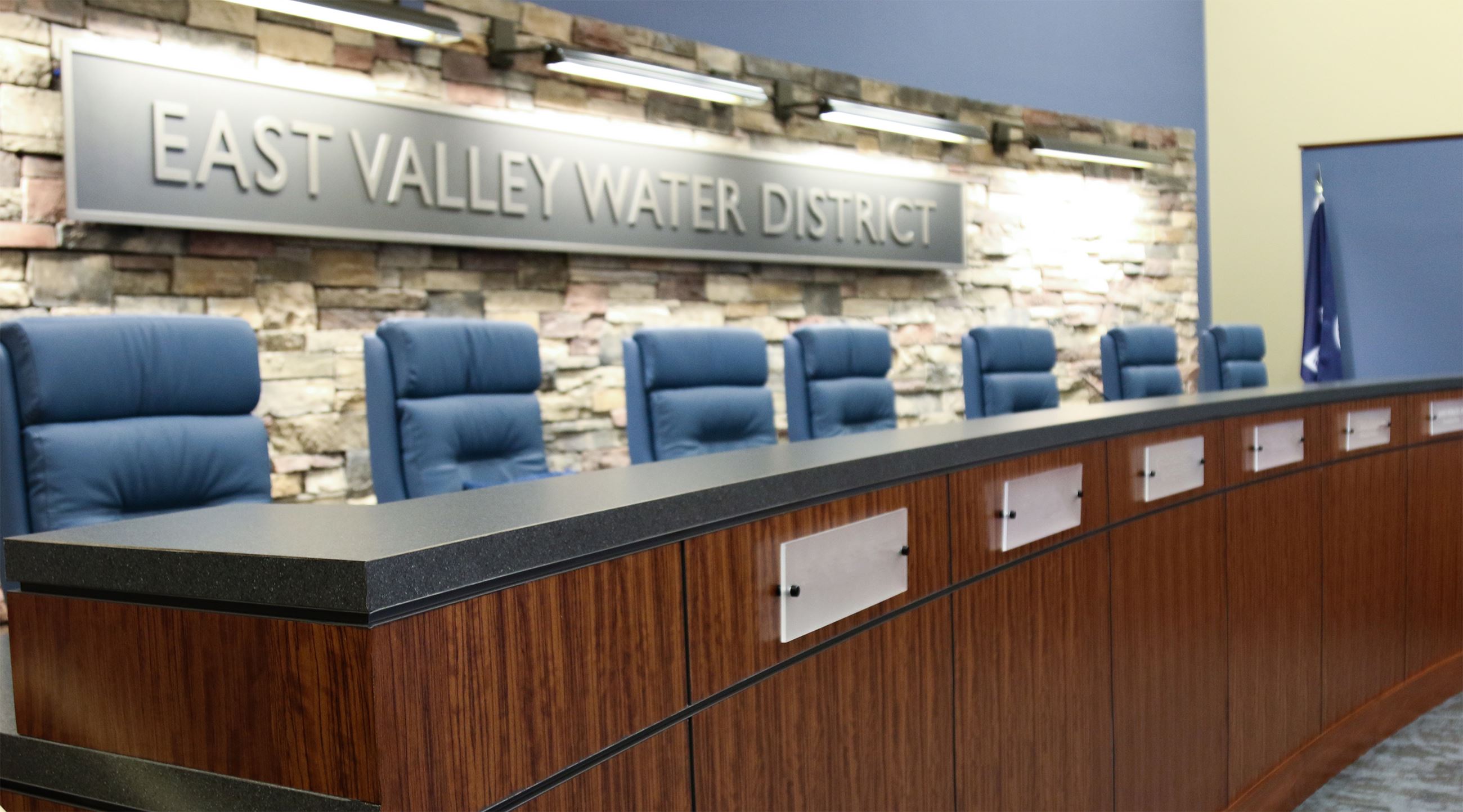 Senate Bill 415, also known as the California Voter Participation Rights Act of 2015, set out to increase voter turnout. With statewide general elections experiencing the highest percentage of participation, this bill eased the process for government agencies to sync their schedules with this cycle.

On March 8, 2017, East Valley Water District adopted Resolution 2017.05 to transition the election cycle from odd-numbered years to the statewide general elections of even-numbered years. The San Bernardino County Board of Supervisors approved this change on May 23, 2017. This move allows for the consolidation of public agencies on a single ballot, resulting in cost savings for the community. Had the District remained on the same schedule, future election costs would have increased significantly. *Current Board Members whose terms were expiring in 2019 will be extended to 2020.

Board of Directors Training Certificates (PDF)

To view current and past agendas and minutes, please visit the Agenda Center.

Please click here if you’d like to submit a Speaker Card or make a public comment regarding an agenda item listed on the posted agenda. Please submit prior to the start of the meeting.